Rigor Mortis The Machine and His Men

Rigor Mortis. The Machine and His Men is a narrative of the men who flew missions on B-17 42-5233 during World War II. Based in North Africa and Italy 25233 would fly over 120 missions to targets in Tunisia, Sicily, Italy, Yugoslavia, Rumania, Austria, France and Convoys in the Mediterranean.

The Rigor Mortis was assigned to three different bomb groups, the 301st, 2nd and 483rd during which time the groups were under the command of the 12th Air Force and then the 15th Air Force. Early missions did not have too much variation in crew, but as time wore on many different crews would fly. There would be over 30 men that would take the left seat on 233. Some missions would be relatively easy and others would be quite difficult with a lot of damage to the aircraft.

The book references details of missions from official records, diaries, notes and interviews. There are over 290 photos-pictures. Some men used bomb tags from each mission to record their notes. There are strike photos some of which were taken when the camera was assigned to 25233 for the mission. Crew photos and individual service photos have been graciously provide by servicemen and their families. A few newspaper clippings provide some additional context for the history of the day. All of this material has been printed in an oversized 8x10 inch format to show the best detail of strike and crew photos. There are two print-versions of the book; they are identical in content and imagery, both have a color cover. The softcover is black and white inside (pictures and text). I had a large number of color photos and other artifacts so to do this history justice there is a color version, printing this with a hardcover was the best way to make this version. 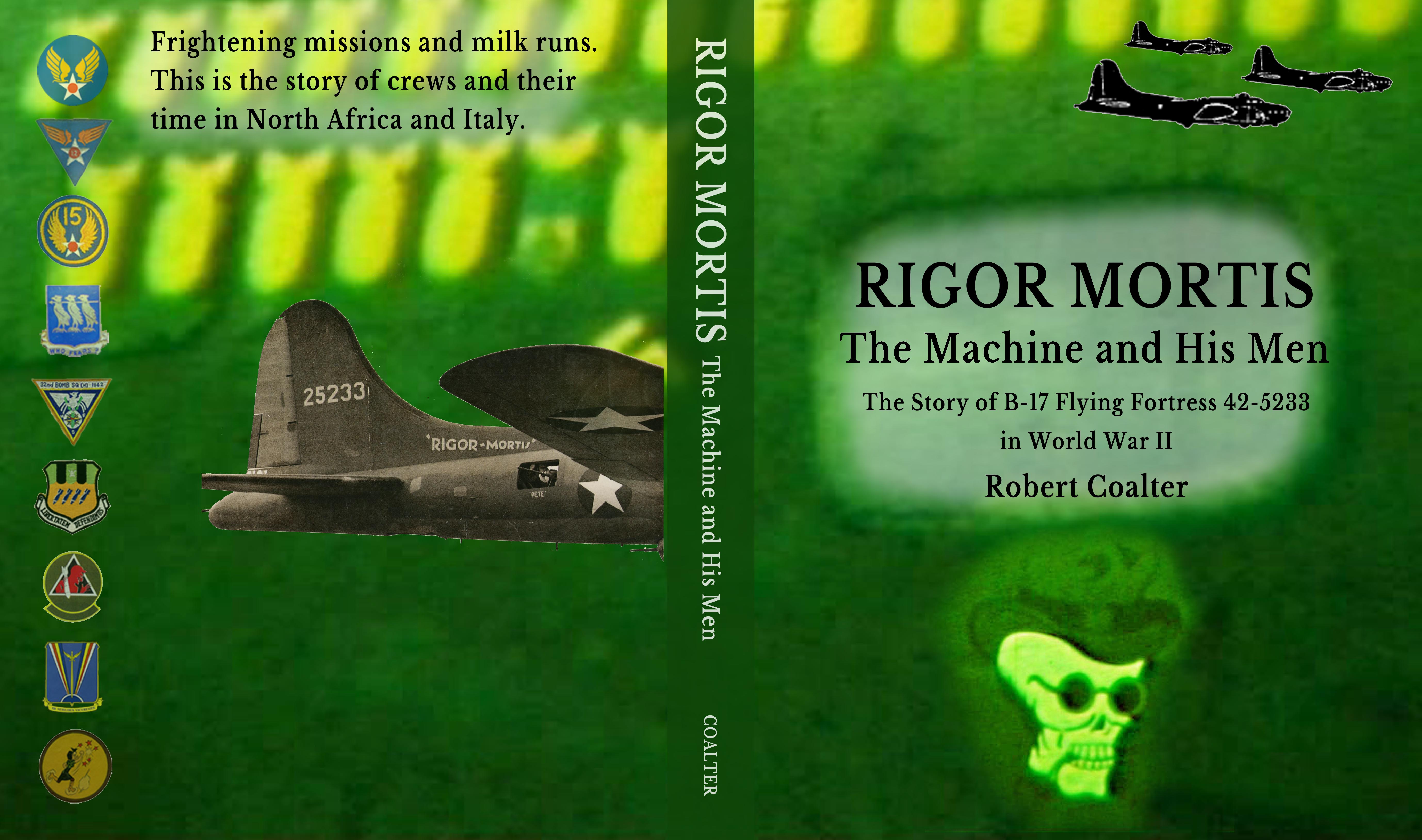 The Nose and Plane Art for members of the 32nd Bomb Squdron were created by Sgt. Eugene Townsend. The picture above is from Sgt. Townsend's sketch book.

Rigor Mortis of the 32nd Squadron on a mission in early 1943. 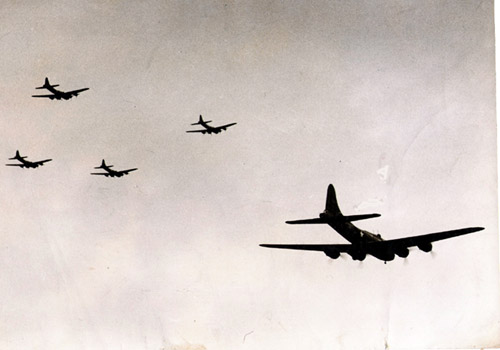 The closest plane is the "Rigor Mortis".